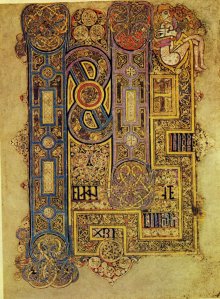 This week Mark 6:1-6: A Prophet without honour

Jesus returns to Nazareth with his band of disciples following the astonishing events Mark has just recorded.

He stays a few days until ‘Sabbath came’. The synagogue service can be imagined. The word of his remarkable deeds has been creating ‘messianic mania’ over Galilee and beyond and now here he is, back home.

His teaching does not seem to disappoint in terms of its impact. Such is his wisdom that it sparks a surprised and yet disbelieving response.

Despite later theological gymnastics, the reference to James, Joseph, Judas, and Simon and their sisters is clearly to Jesus’ biological family. Jesus also clearly identifies himself as a prophet, yet without honour among those who are too familiar with his local roots to accept any possibility beyond that horizon.

Jesus is rejected by all sorts of people for all sorts of reasons throughout his ministry. He is the Messiah that no-one expects and few can accept. The twist here is the local context. Their disbelief is fairly understandable – would you or I have been any different?

The text ends with two unexpected comments. Jesus is amazed at their lack of faith and is only able to heal a few. Now not much seems to amaze Jesus, usually it is the other way around. And how is his power limited by lack of faith? Mark’s spare description does not explain, but his emphasis seems to be on how unbelief excludes itself from experiencing the blessing of God.

The events, however, bring the Christological question again in focus: ‘What do you make of Jesus?’

A Prophet Without Honor

1Jesus left there and went to his hometown, accompanied by his disciples. 2When the Sabbath came, he began to teach in the synagogue, and many who heard him were amazed.

“Where did this man get these things?” they asked. “What’s this wisdom that has been given him, that he even does miracles! 3Isn’t this the carpenter? Isn’t this Mary’s son and the brother of James, Joseph, Judas and Simon? Aren’t his sisters here with us?” And they took offense at him.

4Jesus said to them, “Only in his hometown, among his relatives and in his own house is a prophet without honor.” 5He could not do any miracles there, except lay his hands on a few sick people and heal them. 6And he was amazed at their lack of faith.