I’ve written this post by kind invitation for Scot McKnight’s Jesus Creed and it is reproduced here.

Being from Europe and writing a post for Jesus Creed, I thought it would be appropriate and interesting to explore European and American attitudes to nationalism and violence. 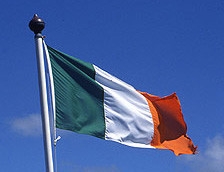 In Ireland we are entering a ‘decade of centenaries’.  In this post I would like to make a general proposal and ask a question of American readers.

Here are some of the upcoming centenaries in Ireland:

– In 1912 practically every Protestant man and woman signed the Ulster Covenant against Home Rule. Some in signed in blood; most signed in churches on a Sunday morning. The Covenant promised to resist Home Rule ‘by all means which may be found necessary’. The formation and arming of the Ulster Volunteer Force gave shape to this threat.

– The 1916 Easter Rising in Dublin against the British by a small minority of Irish republicans led by Padraig Pearse. Pearse developed his own distinctive ideology of violence in the form of ‘blood sacrifice’ deliberately echoing Christ’s self-giving death at the cross. Pearse died his desired glorious death in front of a British firing squad. 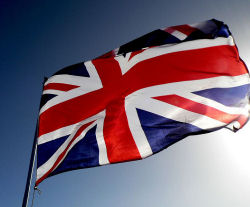 – 1916 also saw another form of ‘sacrifice’ in the form of thousands of ‘loyal’ troops of the 36th Ulster Division at the Battle of the Somme. Hence ‘loyalism’ versus disloyal Irish republicanism.

– The 1919-21 War of Independence against the British, followed by the 1921 Partition of Ireland into the Irish Free State (later a Republic in 1949) and Northern Ireland. The war against the British was remembered and immortalised within Irish Nationalism as the heroic overthrow of the Empire by the righteous underdog with God on her side.

– Bitter and bloody violence exploded within Irish Nationalism as it divided over the Partition of Ireland. The Civil War of 1922-23 would cast its shadow over most of 20th Century Irish politics. At its heart was the refusal by a minority to accept the compromise of Partition. In their eyes, violence was justified in the name of the pure, whole and undefiled Irish nation.

– That shadow would darken with the re-activation of violence against Partition in the brutal campaign of the IRA from 1969-c.1998 (and off and on up to about 2004).

– A campaign that was opposed by violence in return by the British armed forces and the sectarian paramilitary violence of the Ulster Loyalists.

My point here is not to enter some blame game, but to say that pretty well every group implicated in this violent legacy of the last 100 years in Ireland continues to feel justified in what they did. The myth of redemptive violence is deeply rooted in Irish culture.

And while churches (mostly) consistently opposed violence, they tended to be ‘chaplains to their tribes’ rather than uncomfortable prophets. Only a minority offered a robust critique of the myth of redemptive violence and the dangers of nationalist idolatry.

Still today in Ireland there remains an ambiguity about the relationship between Christianity, violence and nationalism. Many Protestant churches have Union Jack flags in their sanctuaries. They identify themselves in a host of ways with the political narrative of Unionism.  Many Protestants continue to affirm the idea of ‘For God and Ulster’. Similarly, the Irish Catholic Church is deeply embedded in the political narrative of Irish Nationalism. The Irish Catholic Church blessed and sanctified the entire project of independent ‘Catholic Ireland’, a narrative that is built around the myth of redemptive violence.

This entwining of religion with narratives of power and violence in Ireland has been, in my humble opinion, a disaster and a curse. It is a form of idolatry that has deeply damaged the authentic witness of the church as followers of a crucified Messiah who rejected violence.

So, if that’s the Irish story, here’s my question to Jesus Creed readers.

How pervasive is the entwining of power, nationalism , violence and religion in America? And how captive is the American church to the idolatry of nationalism (where religion serves the nation as a chaplain to the tribe rather than offering prophetic critique)?

One thought on “Christianity, nationalism and violence (1)”