The final chapter in The Apostle Paul and the Christian Life: ethical and missional implications of the New Perspective is by a certain N T Wright and it’s called ‘Paul and Missional Hermeneutics’. 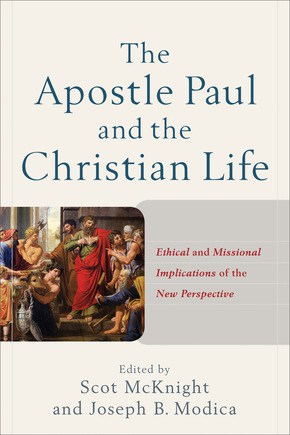 Just to reiterate the context of this discussion: the big question of this book is how does Paul the Jew – now a follower of Jesus the Messiah – envision a life pleasing to God? How does he see the relationship with Jewish belief and practice of his day [shaped around the Torah] and what it means for both Jews and Gentiles to live a life worthy of the gospel? What are the implications of these questions for living the Christian life in the 21st century?

Now what on earth new can Wright say about Paul after his colossal 2 volume Paul and the Faithfulness of God (PFG). Well, in this short piece he reflects on themes arising from the PFG and, as with pretty well everything he pens, it is engaging, thought-provoking and enjoyable prose.

The term ‘missional hermeneutics’ is a nifty one: it relates to both Paul’s identity and task. He’s a missionary who is doing hermeneutics – thinking, praying and writing in dialogue with the Scriptures of Israel in light of his missionary task. So tightly are these two aspects woven together, Wright says that “we may say that Paul’s mission was hermeneutical and that his hermeneutics were missional.”

And it’s Paul’s missional hermeneutics that Wright focuses on here. He thinks it a useful phrase for three reasons:

The central argument is that we should understand how Paul invented Christian theology in the first place or, to be more specific, how Paul was teaching his communities the vocational task of learning to work with Scripture in hand, prayer as the energy, Jesus as the focus, the church as the matrix, and God’s future as the goal. (182)

And so a consistent core concern in the NT is that the church would live up to its calling and task to ‘be who they are’ – the holy people of God. Where the church would embody a previously unimagined body politic in the ancient world.

But, Wright here acknowledges a puzzle (or maybe a puzzling silence would capture it better) – there is just not much said about the task of this new church body to ‘do mission’ in the ancient world. It’s not there in Paul however much Wright says he wishes it were.

I grew up in churches which assumed that the early church was always being encouraged to “do mission” in some way or another, because that’s what we were all trying to do, usually in the Platonic form I mentioned earlier. We were all supposed to be telling our neighbors about Jesus; and it was assumed that the early church did that as well. But Paul, perhaps to our surprise, gives us no direct warrant for that. (182-3)

Of much more prominence is the Pauline call for the church to be two things – united (across all boundaries) and holy (living lives worthy of the gospel).

So what is mission? How is it enacted in the world?

Wright has come to the view that it is primarily achieved in and through the church living up to this dual calling – “a united and holy community in the Messiah”. A sign to the world; a challenge to the powers and principalities; a new way of being human, under the Lordship of Jesus Christ.A way of life that can face the reality and pain of suffering incurred by violent rejection by the world.

And, it is by looking at the church that the world will “see the lordship of Jesus at work”.

Wright goes to Philippians 2:1-18 as the closest place where Paul talks of the missional task of the church.  See 2:14-16

There must be no grumbling and disputing in anything you do. That way, nobody will be able to fault you, and you’ll be pure and spotless children of God in the middle of a twisted and depraved generation. You are to shine among them like lights in the world, clinging to the word of life. That’s what I will be proud of on the day of the Messiah. It will prove that I didn’t run a useless race, or work to no purpose.

And Wright sums up what’s going on here like this:

When we stand back for a moment from the whole passage, what do we see? Obviously, the poem of verses 6–11 is one of the most striking christological and also theological statements in all Christian literature. It embodies the missional hermeneutic Paul is expounding, drawing together the great strands of Scripture, from Adam to the Servant, focusing them on Jesus and his shameful death, then broadening out, just as the Servant Songs themselves do, to embrace the world, and thereby celebrating Jesus as its rightful sovereign. And in the context of Philippians, the meaning for a missional hermeneutic is clear. The dark world in which the church must shine like the stars through unity, holiness, and suffering is the world which Caesar claims for his own. (186-7)

Let me take a step back to look at Paul’s overall missional reading of Scripture. The allusions to Isaiah, to Exodus, and to many other passages are not mere random gestures toward a distant text assumed to be authoritative. They fall within an implicit narrative upon which Paul draws at various points. It is precisely, in his hands, a missional narrative: the story of how the creator God called a people through whom he would undo the plight of the world, and of the human race, rescuing the creation rather than abandoning it. This story runs from Genesis to Exodus and on, with highlights such as the close of Deuteronomy and the promises to David and the shocking fact of covenant disloyalty and subsequent exile, and the strange, unfulfilled promises of a glorious return, of God overthrowing the pagans and coming back to Zion to be king, of covenant renewed and creation renewed. (187)

This is Wright’s own pithy summary of his narrative reading of Paul. He freely acknowledges that some reject or struggle with interpreting Paul this way.

One is the still powerful “older Protestant narrative of sinful humans, Jesus as substitute, and heaven after all” – which while capturing elements of Paul’s theology fails to put it in proper narrative context and struggles to embrace the idea of the kingdom coming ‘on earth as it is in heaven’.

Another is a sort of postmodern critique that sees only an ecclesial power trip at work in such a narrative – where the church as God’s people are the ultimate winners. But, Wright, contends, this is a long way from Paul whose vision for the church is as a suffering community of powerlessness, to be characterised by kingdom-of-God-living, not triumphalism or neo-imperialism.

The Christian life, or ethic, is about living in light of this narrative of new creation. And the church is the spearhead of this missiological task.

All this sounds really quite anabaptist to me – the missionary task of the church is “to be the church” in the world. Mission begins at home – in a Spirit-filled alternative community of love and worship in which ethnic, gender and socio-economic boundaries are overcome. The church’s job is not to control or change the world externally, but be a new creation within the old.

Which makes me recall when Wright spoke in Dublin a few years ago. In the  Q&A I asked him if he was an anabaptist in disguise, which I think he found quite amusing. Despite his rejection of that label then and I guess now, I still think his reading of the NT heads pretty strongly in that direction.