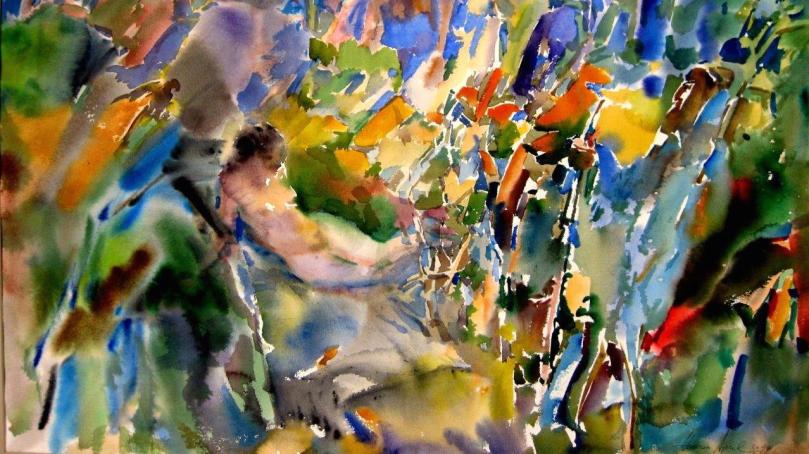 In this post (it’s in the text if you look hard enough) and this post (an ambivalent attitude to sex and the body) we have looked at two reasons why in Church History Christians have defaulted to an allegorical interpretation of the Song of Songs.

So far we moderns may be feeling rather smug at the naive foolishness of our predecessors.

Of course let the text be the text!

Of course the body and sex are to be celebrated and enjoyed!

Not so fast. As we come to the third reason we begin to be faced with some uncomfortable truths about the Church’s accommodation to Western romantic individualism and its idolisation of the body and sex.  The third reason is this:

3. In the New Testament, celibacy IS the better option than marriage for a disciple of Jesus.

The first Christians and the early church fathers knew this far far better than we do. They knew the words of Jesus and of Paul. Let’s remind ourselves of them:

In Matthew 19:1-12, after an exchange with the Pharisees about divorce (which Jesus seems to prohibit but that is another story) his disciples say

‘If this is the situation between a husband and wife, it is better not to marry.’

To which Jesus does not disagree. Later in Matthew 22:30 Jesus states that

At the resurrection people will neither marry nor be given in marriage; they will be like the angels in heaven

Which rather drastically relativises the significance of marriage in the future life to come.

In answering the Corinthians’ belief that “It is good for a man not to have sexual relations with a woman” (1 Cor 7:1) Paul takes a path that, I think, we would be very slow to walk today.

Basically he disagrees with their renunciation of sexual relations. He sees the place for sex within marriage, with a remarkable and counter cultural sense of mutuality between husband and wife it should be said.

However – and it is a big however – he sounds quite Augustinian (yes I realise that is a wee bit off chronologically) in saying that sex and marriage is OK for some, but really he wished that they were all like him – single and celibate.

The whole of chapter 7 can be summed up with Paul’s teaching to ‘Stay as you are’. If you are single, stay that way. Don’t pursue marriage and sex and children and all those responsibilities and burdens, leave yourself free to live in a right way in undivided devotion to the Lord (v. 35)

each person should live as a believer in whatever situation the Lord has assigned to them, just as God has called them. 1 Cor. 1:17.

Marriage is specifically described as not a sin (v. 28) but that is hardly the most ringing endorsement of marital bliss that you have ever heard. (Don’t hear this bit of 1 Corinthians preached too often at weddings funny enough – that honour goes to chapter 13).

Yes Paul is clearly NOT laying down laws here. He is at pains to emphasise that much of this is his personal preference – he has taken his apostolic ‘hat’ off. But the fact remains that this teaching, like that of Jesus, radically redraws the purpose and importance of marriage, sex and procreation within the kingdom of God.

My point in this post is to suggest that the early church recognised far more clearly than we do, the radical implications of the death and resurrection of Jesus as inaugurating God’s kingdom within the world. Death itself has been overcome in Christ.

The realities for Christian discipleship meant that martyrdom and celibacy were very much live options for serious believers. Marriage and sex and family were ties to ‘this world’. They were not a wrong choice, but the overwhelming consensus of the early church fathers is that celibacy was by far the better option.

If this is so then some questions for us today:

How is celibacy viewed in contemporary Western culture today? (Hint – the picture below).

An Irish related context question – how has the recent religious history of Ireland helped to shape contemporary attitudes to celibacy?

How is celibacy and singleness (whether for heterosexual or homosexual people) thought of within the Church? How do you think of it?

If you are single, what has been your experience ?

What do Christian divorce rates tell us about contemporary Western Christianity – its priorities and real beliefs ‘on the ground’?

In the last post on this mini-series, we’ll turn to think about the revolution in thinking about gender and sex in Western culture and questions it poses for Christian witness and discipleship. Easy answers guaranteed (not) !